It is human to make logical assessment on issues that surrounds us and from the assessment draw conclusions that eventually determines our respond to these issues. 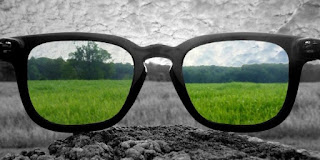 The encounter of Jeremiah in chapter 1: 4 – 8, shows an interesting conversation between God and Jeremiah, the first part of the conversation in verse 5 outlined God’s will for him, but as clear as His will was revealed concerning Jeremiah, he replied with an answer that kind of implied that he heard what God has said concerning him, but that God should see things the way he currently saw them.

A while ago I listened to a pastor who said (paraphrased), “the most important source of revelation is from your spirit. Therefore, do not react based on what you are seeing around you, instead see your way forward from the spirit.” Interesting, isn’t it? It was this same point of view, that made a man like Caleb say otherwise when others gave their disheartening reports (Numbers 13: 30).

By faith hold on to God’s promises and respond to things according to the deposit of God’s word within your spirit.

I’d like to hear your thoughts. God bless you and enjoy the week.