Recently, a brother told me he had downloaded a song I longed to have in audio format. Excited about the news, I immediately interrupted him to tell how glad I would be to have him send me a copy of the song. However, in the course of me expressing my gratitude he continued his sentence by telling me he had downloaded another, but since I was working and talking, I did not get the detail of the main artist only the featured one. And with the limited information I blurted out saying, “What reason do I have to listen to that artist?” for I did not appreciate the category sang by the artist in question, “I don’t listen to those kinds of songs.” I concluded.

“It’s a gospel song by …,” replied the brother in a calm tone.

As he replied, I remembered the message from that morning’s devotional which discussed Zaccheaus the Tax Collector, and at the same time I recalled the sermon from the previous Sunday about the parable of the lost son. The thought of these messages humbled me and guided my next response. 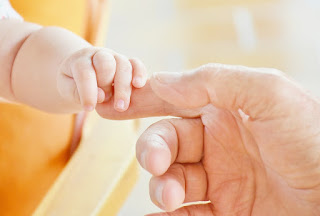 To start with the latter, I thought of the parable of the lost son in Luke 15: 11 – 31 because of the account of the older brother in that parable. In that account, we see a man who did what was expected of him as a son, but here he was, angry, and somewhat disapproving, at the return of his brother to his father’s loving arms.

Why was this so?

He felt he had to earn whatever he needed to ask of his Father, but this was not so, as the Father later explained to him in verse 31. For though the younger one squandered what he was initially given, it was evident that when he realize the errors of his ways, he repented and thought of nothing more than to humbly return to his ever loving Father.

His Father seeing his son from afar off, did not hold his past actions against him - of which the elder brother was angry - but with compassion received him with gladness. This act alone showed that irrespective of the son’s actions, the Father’s heart still yearned for the return of His son.

For it’s not our efforts that would earn us what we need from the Father (verse 31), instead it is by His grace. What belongs to the Father is mine as well, as long as I stay connected to Him. This doesn’t mean we should not work, for even the older brother was returning from the field.

So it’s not my efforts that make me righteous; it’s not my strength that makes me deserve something or anything from the Father; it is by his grace, which is abundant, free, and undeserved.

So when Jesus visited Zaccheaus’ house in Luke 19: 1 - 10, it’s not that he deserved it, for the people murmured as to why Jesus would enter the house of someone like him, but was mercy that was at work. And when mercy is at work, every sinner has a future, and when grace is speaking, every saint has no past of misdeeds. This is what the Father’s love is capable of.

This love, which is the nature of the Father should be seen through us as Christians. It’s not in our place to murmur, for the commission given to us is to reach out with the good news and reconcile the lost to Him (2 Corinthians 5: 18 - 20).

May we grow in the Father’s love, and focus on what we’ve been called for in Jesus name.

Have a blessed week ahead.